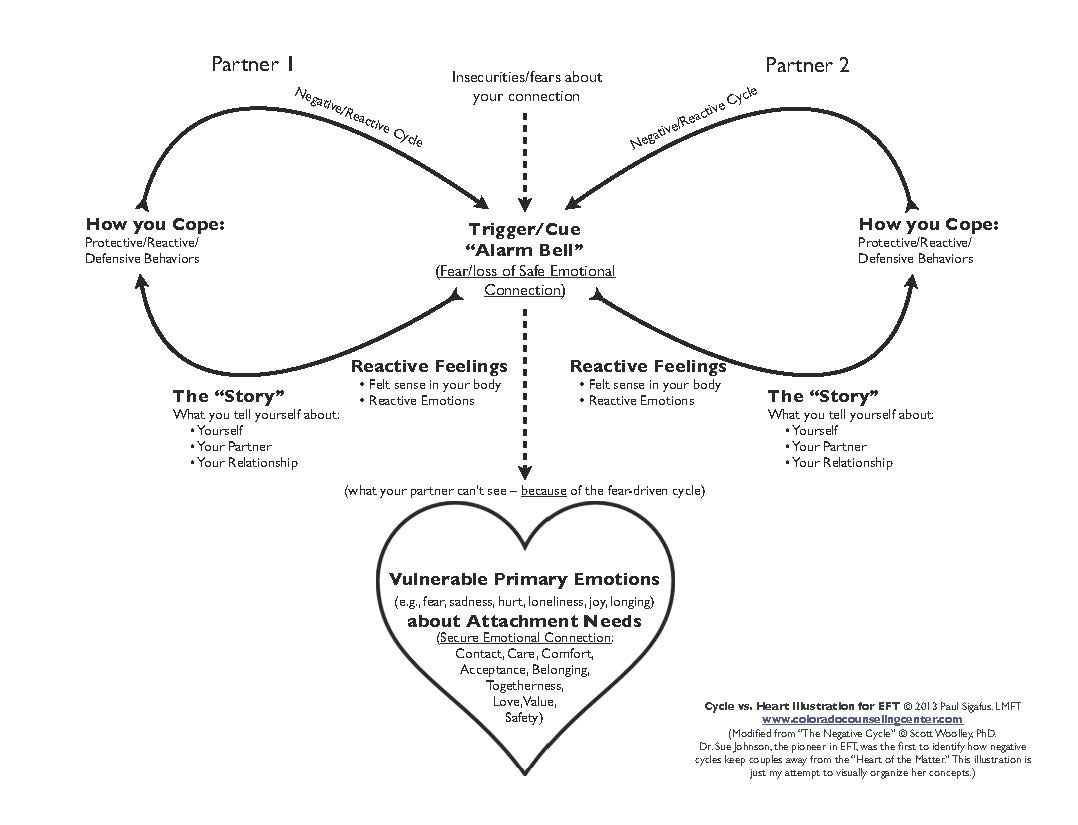 To explain the Negative Cycle, I will use a fictional couple and a common argument pattern.

Alex is sensitive about being left alone overnight.  This sensitivity is a trauma response from childhood that was caused after Alex’s Father took Grandma to the hospital one night.  Sadly, Grandma never returned.  Because Grandma played a big part in helping to raise Alex, life at home was chaotic after Grandma passed.

When Jerry agrees to an overnight trip for work, Alex becomes very upset and begins to feel reactive emotions. These emotions include panic and worry.  Consequently, Alex begins to create a “story” about Jerry.  These fearful stories typically include negative thoughts.  In this example, Alex worries that Jerry is hurt, sick, and may not return.  This worry causes Alex to then become angry.  Alex begins thinking “Jerry knows that I don’t like being alone at night” and “Jerry doesn’t care”.  In response to this negative story, Alex goes on the attack, “Jerry, you should have known better” and “how could you do this to me?”

Consequently, after being blamed, Jerry’s “Alarm Bells” goes off and the other half of the cycle is engaged.  As a result, Jerry feels attacked and defensive.  After that, Jerry’s story becomes “I am always letting Alex down” and “Alex is never happy with me”.  Jerry copes by retreating, which is a common defensive behavior.  After Jerry retreats, Alex is triggered again and feels further abandoned by Jerry.  The cycle worsens.

If you find yourself arguing a lot in your relationship, fighting about the same things, its time to get help.