Why Do We Suffer from Stress and Trauma ?

As humans evolved, we developed an adaptive nervous system to help us survive.  Dana (2018) has conceptualized this adaptive survival response of our nervous system as moving up and down the “autonomic latter”.  On any given day, we move up and down on this latter in response to even the slightest perceived threats.  When this system gets stalled, we suffer from stress or trauma. 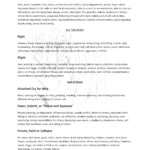 Our nervous system adapted so that humans would naturally be drawn to connect socially with others.  Chances of survival were very low if we were not associated with a group.  As such, humans are wired to feel their best when the “safety and social connection” nervous system state is activated.    In this state, we feel safe, peaceful, and generally desire to be connected to others.  Other traits of having this state activated are listed in the graphic above.  Sounds like paradise.

If it appears that we will be unsuccessful in fighting or fleeing, our most primitive response is engaged and we can enter the freeze or faint state.  In this state, we become immobilized and numb.  This reaction is designed in the hopes that predators will leave a body appearing dead.  At the very least, the freeze and faint response reduces suffering in the face of death or injury. Other states related to a lack of power include crying for help, fawning, submitting or ‘pleasing and appeasing”. Traits of having these states activated are also listed in the graphic above.

We Get Stuck and Suffer from Stress or Trauma

When we experience a stressful or traumatic event or repeated stressful or traumatic events, the nervous system’s ability to efficiency engage, dis-engage, and then re-engage these survival responses is impaired.  Traumatized people have a reduced ability to inhibit the fight, flight, freeze, or fawn response.  As a result, they live in a continual state of having the fight, flight, freeze, or fawn responses activated to some degree.

Trauma counseling can help re-regulate the nervous system and help you heal.

Tags:anxietydepressionfightingptsdTrauma Counseling
previousHow to Come Out as LGBT
nextMindfulness and Grounding Techniques